What: Adding source separated organics recycling and single stream recycling in “back of house” of the restaurant.

Why: To decrease their food waste going to the landfill and reduce their trash bill.

How: Worked with Waste Wise to connect with service providers, set up organics and single stream recycling and create effective internal collection procedures.

Results: Diverting 249,600 pounds of organics recycling from the landfill every year from all eight of their stores. 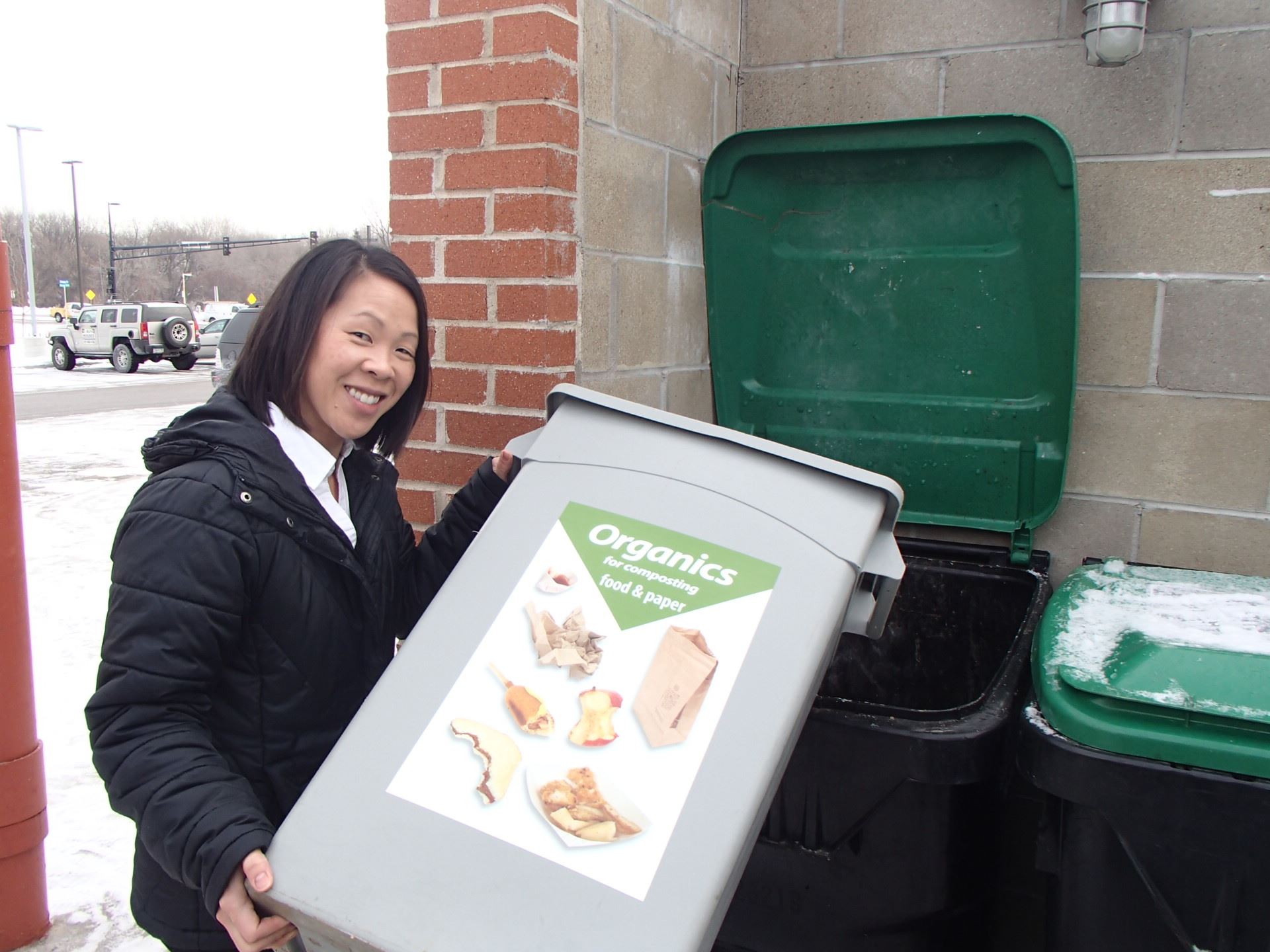 The Minnesota Waste Wise Foundation first met with McDonalds in 2014 to discuss opportunities to start an organics recycling program at their Coon Rapids store. McDonald’s owners Jeff Smith and Melissa Kennedy decided they wanted to make some environmentally conscious improvements and more responsible streams for their waste. After a site visit, Waste Wise put Jeff Smith in touch with Sanimax who was able to partner with their existing waste and recycling hauler, Ace Solid Waste, to start a Source Separated Organics (SSO) collection service. Beyond food scraps, coffee grounds, egg shells, and other food prep leftovers, McDonalds also had paper based food prep materials and paper towels to divert out of their waste stream and into their SSO recycling program. With services in place, McDonalds updated their back of house collection with bins for organics and added the carts to their outdoor waste enclosure.

To celebrate their accomplishments and let customers know about their new program, McDonalds hosted a Plate to Garden compost event in May 2015, selling compost at a drastically reduced rate, and demonstrating the full circle effect their new recycling program created. Waste Wise eventually worked with Smith and Kennedy to develop an implementation strategy for all eight Anoka County stores. The result of all of this great work is every year almost a quarter of a million (249,600) pounds of recyclable material is now being diverted from the landfill or incinerator.

Moving forward, McDonalds has again partnered with Waste Wise and ACE to implement single stream recycling programs to the back of house areas of their Anoka County stores in 2016. “It’s a good business decision,” Kennedy said, “We were able to make positive environmental changes while breaking even financially.”

The additional collection of organics recycling and single stream recycling have not been a hassle or burden on McDonalds staff or management, “It seemed like it would be hard when we first started talked about it, but once we started, everyone got it,” Kennedy remarked. “People were already used to recycling at home, so it has come pretty naturally,” she added.

With the success of their program, Kennedy is interested in the potential to offer the organics recycling option to the customers in the front of the house, “we are always willing to try something new,” she said. Tray papers, food scraps, napkins, food-soiled paper, paper sandwich wraps, and fry bags are all items that could be composted rather than thrown in the trash at McDonald’s.